The Secondary Level students, their co-Directors, and I recently returned from a two-week fall trip to a non-profit outdoor camp in Hudson, Wisconsin. On the very last day of the trip, as our vans pulled up to Forest Bluff, I heard several children declare something to the effect of, “We survived!” or, “We all made it back in one piece!” I laughed and cheered along with them because there was some truth to their excitement; the trip was a lot of work and we accomplished something very special as a group without incident. But what might have seemed so daunting (and risky!) to the children at first was made entirely manageable by their thorough preparation and attention to detail in the weeks leading up to our departure.

The fall trip is the first of three trips taken by the Secondary Level students during the school year. These trips are the cornerstone of the Secondary Level program at Forest Bluff School, not only because they encompass about five weeks of the school year, but also because they are so formative for our students. Maria Montessori described adolescence as a time for valorization, to build confidence in one’s capabilities and to join the adult world (See the blog post titled The Four Planes of Development: Child Development in Four Questions to learn more about adolescents). The fall trip in particular, during which we carry out service projects for a camp, directly engages the children in real, adult work, which very often includes sizeable demolition and construction projects. The long-term value of this work is evident; the camp is peppered with structures built by former Forest Bluff students: amphitheaters, lookouts, archery ranges, and wildlife restoration projects, to name a few. These are lasting reminders of the work a group of highly independent twelve- and thirteen-year-old children are more than capable of producing in a very short amount of time.

Yet, before any of that incredible work can start, the children are hard at work here at school. Each of the three trips is markedly different from the next, complete with a new packing list, new menu, new expectations, and new challenges. As a result, preparations for the trips begin well over a month in advance, and in our particular case this fall, essentially day one of the school year. As a newly-invited participant, it was clear that the preparations operated like a well-oiled machine, forged by years of experience from both Matt Robbins and Elisabeth Miles. In fact, this was Matt Robbins’s 37th out-of-state trip with a group of adolescents.

Many of those past trips played an important role in the planning of this year’s fall trip, as the classroom houses detailed records of all of the trips taken in the history of Forest Bluff School’s Secondary Level program, all 23 years. Current students are constantly refining and building off of those notes and records, which fosters a real sense of school community and appreciation for past students’ successes and tribulations. This same strategy of sharing knowledge is carried out in real time, as the current second-year students who have been on this trip before assume leadership roles and guide the first-year students through this intense, yet rewarding process.

The first week of this school year, the students were grouped into committees specializing in gear, safety, finance, food, and transportation, each with their own, unique responsibilities, but all dependent on one other. Entirely student-run and organized, the committees regularly report to the class on their progress. The Gear Committee checked backpacks and communal supplies (e.g., cook kits, tents, etc.); the Safety Committee was in charge of inventorying and replenishing all first aid supplies and collecting insurance information for each child; the Finance Committee created and maintained a budget; the Food Committee created a menu for all 15 days of the trip and purchased all of the food for their meals; and finally, the Transportation Committee rented the vans and navigated us to the camp. 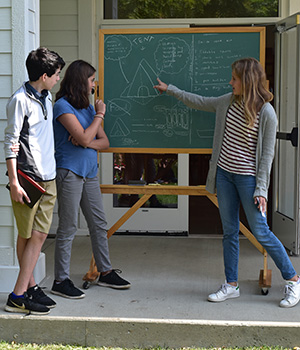 Once those preparations were well underway, the classroom hosted an all-day gear seminar to practice using the equipment. We set up all of the tents in the front lawn and took turns starting the cooking stoves. For other trips, this gear seminar might include testing the water filtration systems or fitting backpacks. Every child was involved in this process and put their hands on the equipment.

Another very important, yet more subtle aspect of the gear seminar was the class discussion. It is one thing to have all of the equipment and supplies you need, but it is equally important that each child feel emotionally prepared for what we are about to do. So, the co-Directors shared memorable and funny stories from past trips (which resulted in a lot of laughs and diffused some of the nerves in the room!), talked about the type of construction work we could expect to do for the camp, discussed strategies for effective communication, recommended best practices for personal hygiene, etc. It was an opportunity for students to ask questions, learn more about our day-to-day lives at the camp, and it was also a time for motivational speeches! We were about to embark on a physically-demanding adventure, so building confidence and camaraderie right from the start would be the key to our success.

And finally…after all of the trips to the grocery store, after inspecting every seam of the tents looking for tears, after crunching the numbers, and after we were sure we had enough Band-aids in case every single child developed a blister, we were ready. Having returned from the trip, I can confidently say that all of the tireless preparations resulted in a wonderful experience. Over the course of two weeks, we restored a horse stable, painted a huge red barn, and re-built a changing station for the day camp. Any issues or challenges, such as the occasional minor injury or food shortage, were swiftly addressed by members of the respective committee. I may have been a third adult on the trip, but I learned pretty quickly that the students were so prepared, high-functioning, and independent that there was virtually nothing for me to do other than show up and do the work right alongside them! 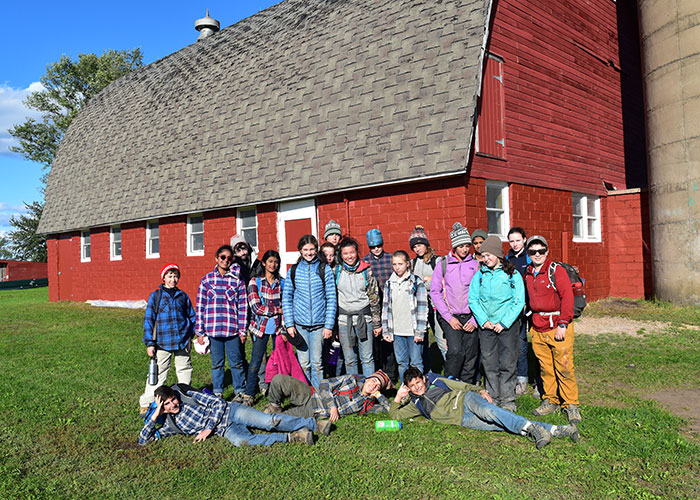