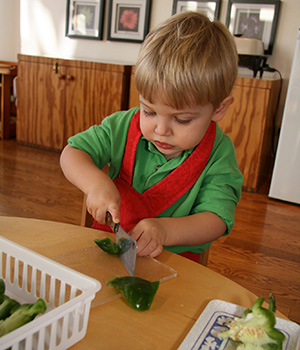 The Montessori approach of education is different from any other from the outset: Dr. Montessori recognized the importance of seeing each child’s life as the whole and continuum that it is; she then formed an educational model that matches children's development, aligned it with the particular needs and characteristics of each stage of growth, and provided the flexibility to meet individual needs along the way.

The school model we are used to seeing is a one-size-fits-all, linear model that increases in complexity and demands sequentially each year. Its design does not take into account children’s observable characteristics, developmental needs, or natural stages of growth. For example, think of a conventional preschool: The children are asked to sit in a circle, join a group activity, and move mostly as a unit through communal activities. And yet, young children are developing their individuality; they want fiercely to learn to do things for themselves (“Me! Mine!”), and need to do so, in order to gain basic life skills and the prerequisite abilities of organized thought and self-control for later learning. In conventional preschools, young children are also typically encouraged to spend some time in fantasy-based play. And yet, this is the stage in life when they need to gain an understanding of reality in order to succeed; they need real, visible, purposeful activities that they can engage in as individuals, to practice physical motions and fine tune their control, and to gain basic, unconscious knowledge of concepts such as weight, gravity, force, cause and effect, and so much else about the world around them, through their own hands-on explorations.

When children get to elementary school, conventional programs split them up to work as individuals on their own tasks, in direct or indirect competition with one another. Despite some group activities, elementary children are not meant to share their answers, help each other with their work, or converse amongst themselves during lessons. And yet, elementary-aged children want nothing more than to be with their friends, to understand the thoughts and minds of others, and to interact. (Remember how you always wanted to sit with your friends in elementary school?)

Between the ages of six and twelve, children also have a strong propensity and ability to imagine what they cannot see in front of them; their imaginations can aid them in learning about abstract concepts and realities, and they can draw out the meanings from fantastical stories such as myths, fables, and stories of good and evil.

Looking at such patterns in child development, Montessori and her colleagues designed environments to meet children’s needs by taking the characteristics of each stage that naturally facilitate learning into account. 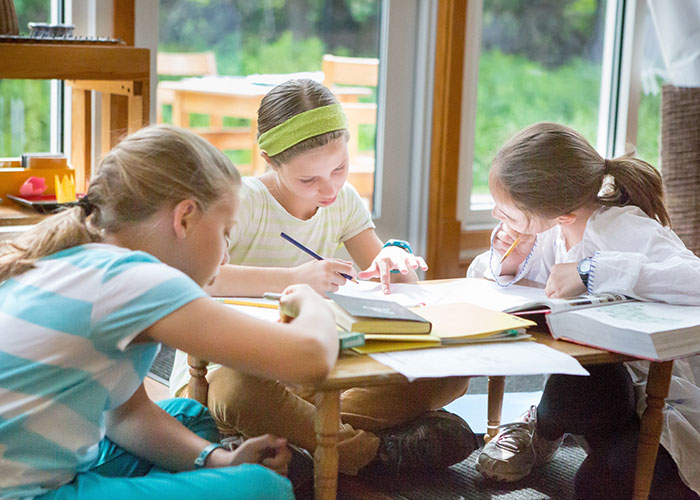 A Continuum, and Each Characteristic has a Purpose

Montessori education begins with newborns—and the continuum which follows leads all the way to adulthood —meaning that Dr. Montessori saw this as the goal of childhood: to build a human being capable of participating in, and contributing to, society. With this long-view in mind, the Montessori approach gives the perspective and the reminders that something much more powerful and meaningful is going on than just the acquisition of information or skills; an entire person is forming, with all aspects of life intertwined and relatable.

This all started from actively observing children and finding recognizable behaviors that revealed how children learn best. When Dr. Montessori identified what characteristics she was seeing, she aimed to find what real purpose each might have to human development. Nothing in nature is random, and so—Dr. Montessori reasoned—the phenomena of child behaviors, consistent across cultures, and referring to certain stages of life, must have value. The educational environments she designed deliberately employ children’s most positive learning characteristics at each age. By designing the classroom environments and teaching methods in this way, Dr. Montessori freed children to reach their full potential at each stage of their development.

Dr. Montessori defined four distinct stages of characteristics and needs that children have from birth to twenty-four years, which appear consistent across cultures, countries, decades, socio-economic conditions, and races. These stages appear in plateaus of similar traits, with relatively briefer periods of rapid change in between, which occur around age six, age twelve, and age eighteen. These periods of rapid change are predictable, although, of course, they vary slightly within individuals. Between these points are years of stability by comparison, like plateaus, when children seem focused on developing certain aspects of themselves. Dr. Montessori called these plateau-like stages the Four Planes of Development. 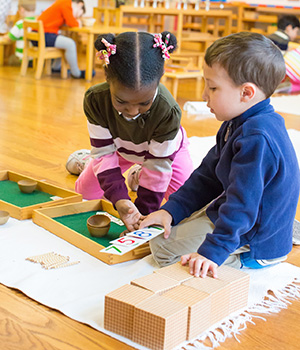 Informed with this lens, Montessori educators can make decisions and create learning environments that really meet children’s characteristics and needs appropriately. For instance, knowing that children under age six are focused on developing as individuals and need reality to form themselves, Montessori environments encourage children to concentrate on individual tasks that have real purpose—such as preparing food to eat—where they can explore real procedures and develop gross and fine motor skills. Elementary-aged children can listen to stories about how scientists believe the universe formed and dive into research explorations with their friends, drawing charts to illustrate.

The Four Planes of Development give us a map to guide us as parents and educators, helping us to recognize what an individual may need and to respond to the characteristics we see. In the next article, we will look more closely at the characteristics and needs of each plane, ages birth to six, six to twelve, twelve to eighteen, and eighteen to twenty-four years of age.